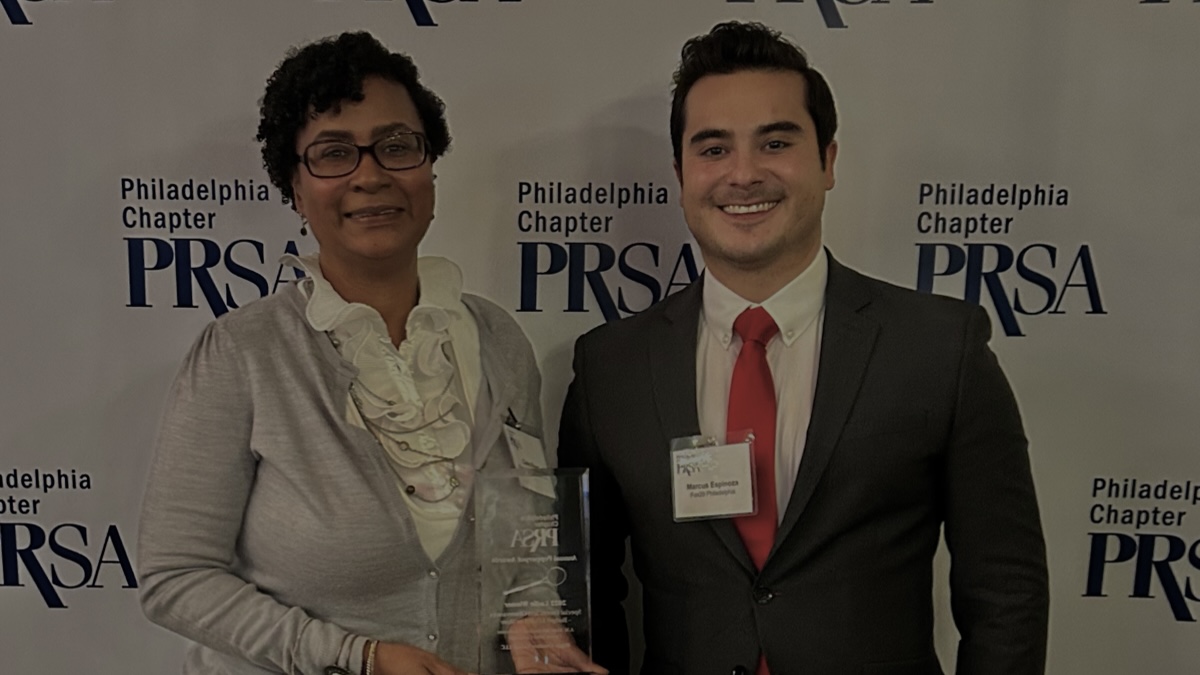 On December 6, Riggs Creative Group received an honor in the Special Events & Observances campaign category at the 2022 PRSA Philadelphia Chapter Pepperpot Awards event. When heating and air conditioning contractor A.M. Botte Mechanical LLC decided to relocate its facility into the former Wacker’s Trading Post, Riggs Creative Group planned a tailgate-themed Grand Opening party, including a sweepstake that resulted in 300+ quality sales leads. View our case study (link https://riggscg.com/portfolio/a-m-botte-mechanical-llc/) to learn more about this project and to view the videos from this grand opening event.

“I enjoyed celebrating the accomplishments of many talented firms, non-profit organizations and companies at this year’s Pepperpot Awards, including the extraordinary achievements of my dear friend and mentee Amber Burruezo of Atlantic City Electric. Her company and local PR firm AKCG won numerous Pepperpots and the coveted “Best in Show” award! It was also especially satisfying to apply for and win a PRSA Philadelphia award this year as the organization marked its 70th milestone anniversary. Our company was honored to create the anniversary logo for the organization, so our creative abilities were showcased on a couple of fronts at this event,” shared Managing Partner Claire Riggs