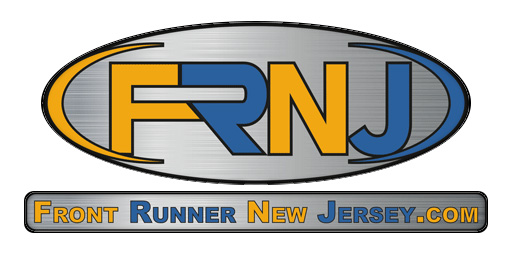 SEWELL – Steven Riggs said he always had an entrepreneurial spirit but when he was faced with being downside at the dawn of the Great Recession in 2008, the veteran Philadelphia-area printer knew it was time to take a leap of faith.

With the support of his wife, public relations veteran Claire Riggs, he founded what is now Riggs Creative Group against the odds in one of the most difficult times to start a business.

Fast forward to today, with Claire joining the business fully in 2015, Riggs Creative Group has six employees and is one of the leading African American-owned strategic communication, integrated marketing and design firms in New Jersey.

“A lot of people thought I was crazy,” Riggs told Front Runner New Jersey about when he considered starting his business then. “I know my faith played a huge part of my life. When you’re employed, you come to rely on that weekly or bi-monthly paycheck. Now, it was whatever you can generate, so it was terrifying. It took a steadfast level of courage and faith that guided me through.”

Riggs had climbed the corporate ladder to become the senior training manager at the Deluxe Corp. in Thorofare, N.J. before founding Graphics Solutions. He had started his printing career at New Art Publication in West Philadelphia and built his experience in the printing/marketing field, advancing along the way to production manager at another establishment.

Steven Riggs met Claire, a native of Haiti, while Claire Riggs was studying for an undergraduate degree in journalism at Temple University. She went to do some summer work for a relative who owned a print shop, where Steven worked.

Claire Riggs said in a previous interview she had several personal role models. Her aunt Claudette Werleigh served as the first female Prime Minister of Haiti, serving from 1995–1996.

Their love affair grew from there and was engaged and later married from that first meeting. The couple ended up in Glassboro as a matter of convenience. Claire Riggs took a job processing Medicare claims for a company in Millville and Steven Riggs worked in Philadelphia, making Glassboro a good middle ground location to live in 1994.

Partners In Life and Business

Claire Riggs would go on to earn her master’s degree at Rowan along the way and served as public affairs director and senior public affairs manager at several South Jersey corporations.

“I never thought I would be part of the business side of it,” Claire Riggs said. “I worked in the petrochemical industry in public affairs, so I work communications, media relations, community relations, government affairs for a number of companies in the area.”

But when her last company was sold and she was offered a buyout package, she decided to join her husband.

Steven Riggs said while the rise of the company has been humbling, there is still plenty of group to grow. He credits Claire with helping expand the services of the company when she came on board fulltime.

“I think we’re a good company, with some good services and good products,” Steven Riggs said. “But I think we’re poised now to be a great company and that’s because Claire came on board with her talent and special skills.

“Now, we offer a service that just kind of took off, teaching people how to play chess instead of checkers. That’s what [Claire] was all about,” he continue.

The couple said while they remain hands-on with their business, they have not given into the empty-nester temptation of using that newfound free time to put in more hours at work. In fact, they hope they can build Riggs Creative to be self-sustaining in three years.

“We want to maintain the culture and the excellence,” Steven Riggs said. “We want to have the management in place to grow this business with our oversight, but we’re not spring chickens. We started our careers in the early 1980s. We have started to enjoy more downtime as life permits. We have a son who’s 39 we have a daughter who’s 29. And our twin boys will be 19.”

Steven Riggs said working as an African American in the printing and marketing field has had its challenges. Being a small business owner alone has its own hurdles with most closing their doors within the first five years.

“It was a challenge to say the least going out in a climate of uncertainty of an African American perspective, and how we, the business will be perceived as the potential value partner,” Steven Riggs said.

Riggs Creative, in transitioning from a print design company to more all-inclusive marketing services, has found it niche and won numerous awards along the way.

“We really can be a one-stop shop in the sense that we can help a company go from A to Z in planning their marketing effort and having all the fulfillment and oversight of a campaign as well as the measurement and the continued guidance a company’s needs,” Steven Riggs said.

“So many of our clients view us as their marketing and internal marketing department. So we really worked hand in hand with them, we look we engaged with the business plan. And then we overlay a marketing communication plan on top of the business plan to help them drive their success,” he added.

Riggs Creative Group was not initially in the plans when Steven and Claire Riggs met, the couple has made it an important stop for many businesses.